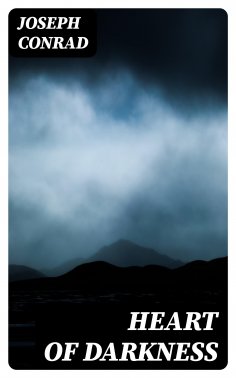 Heart of Darkness (1899) is a classic of world literature. The book tells a story about a voyage up the Congo River into the Congo Free State, in the heart of Africa. Marlow, the story's narrator, tells his story to friends aboard a boat anchored on the River Thames, London, England. This setting provides the frame for Marlow's story of his obsession with the ivory trader Kurtz, which enables Conrad to create a parallel between London and Africa as places of darkness. Central to Conrad's work is the idea that there is little difference between so-called civilized people and those described as savages; Heart of Darkness raises important questions about imperialism and racism. Joseph Conrad acknowledged that Heart of Darkness was in part based on his own experiences during his travels in Africa. In 1890, at the age of 32, he was appointed by a Belgian trading company to serve as the captain of a steamer on the Congo River. Joseph Conrad (1857-1924), was a Polish author who wrote in English after settling in England. Conrad is regarded as one of the greatest novelists in English, though he did not speak the language fluently until he was in his twenties. He wrote stories and novels, often with a nautical setting, that depict trials of the human spirit in the midst of an indifferent universe. He was a master prose stylist who brought a distinctly non-English tragic sensibility into English literature. Contents: Heart of Darkness Memoirs & Letters: A Personal Record; or Some Reminiscences The Mirror of the Sea Notes on Life & Letters Biography & Critical Essays: Joseph Conrad (A Biography) by Hugh Walpole Joseph Conrad by John Albert Macy A Conrad Miscellany by John Albert Macy Joseph Conrad by Virginia Woolf