Jo's Boys and How They Turned Out: A Sequel to "Little Men" (Unabridged) 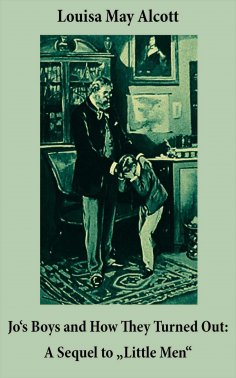 This carefully crafted ebook: "Jo's Boys and How They Turned Out: A Sequel to "Little Men" (Unabridged)" is formatted for your eReader with a functional and detailed table of contents. This work is the third book in the Little Women trilogy by Louisa May Alcott, published in 1886. In the book Alcott returns to the familiar precincts of Plumfield. Ten years later, Jo's pupils have started to make their way in the world, and they find themselves tested: Josie longs to be an actress; Emil, now a sailor, is shipwrecked; Dan, out West, lands in prison; Nat, studying music in Germany, is tempted into living beyond his means. Faced with new obstacles, they look back on the lessons learned at home and begin to appreciate the real value of their Plumfield education. Louisa May Alcott (1832 – 1888) was an American novelist best known as author of the novel Little Women and its sequels Little Men and Jo's Boys. She was an advocate of abolition, women's rights, and temperance.