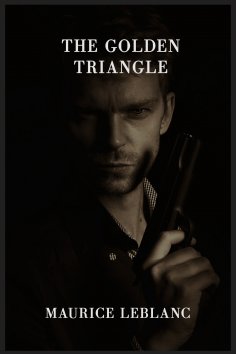 As our tale opens, Arsene Lupin is but a memory. We see his picturesque grave, and perhaps we take a moment to mourn his passing.

But around us a mystery comes into focus -- a mystery involving Captain Patrice Belval and a one-armed African named Ya-Bon and a nurse we know only as Little Mother Coralie . . .

Before the tale has tolled, Arsene Lupin will live again. There are mysteries to be resolved!"

Leblanc began as a journalist, until he was asked to write a short story filler, and created, more gallant and dashing than English counterpart Sherlock Holmes.