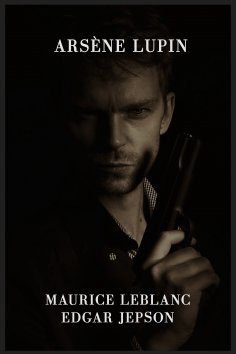 The first entry in Maurice LeBlance's long-running series about France's hero-thief Arsene Lupin. This is a novelization by Edgar Jepson based on the play by Maurice Leblanc and Francis de Croisset.

Edgar Alfred Jepson (1863 - 1938) was an English writer, principally of mainstream adventure and detective fiction, but also of some supernatural and fantasy stories that are better remembered. He used a pseudonym R. Edison Page for some of his many short stories, collaborating at times with John Gawsworth, Hugh Clevely and possibly Arthur Machen, long-term friends.

He was editor for a short period of Vanity Fair magazine, where he employed Richard Middleton, and did much to preserve the latter's memory. He was also a translator, notably of the Arsène Lupin stories of Maurice Leblanc.

He was a member of the Square Club (from 1908) of established Edwardian authors, and also one of the more senior of the New Bohemians drinking club.