The King in Yellow (Collection of Fantasy Tales) 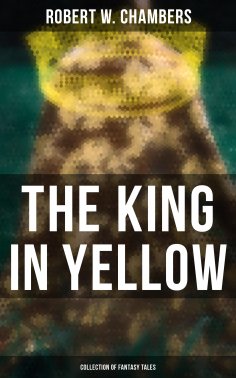 The King in Yellow is a book of short stories named after a play with the same title which recurs as a motif through some of the stories. The book features highly esteemed weird stories and supernatural tales.
Table of Contents:
"The Repairer of Reputations" – A weird story of egotism and paranoia which carries the imagery of the book's title.
"The Mask" – A dream story of art, love, and uncanny science.
"In the Court of the Dragon" – A man is pursued by a sinister church organist who is after his soul.
"The Yellow Sign" – An artist is troubled by a sinister churchyard watchman who resembles a coffin worm.
"The Demoiselle d'Ys" – A ghost story.
"The Prophets' Paradise" – A sequence of eerie prose poems that develop the style and theme of a quote from the fictional play The King in Yellow which introduces "The Mask".
"The Street of the Four Winds" – An atmospheric tale of an artist in Paris who is drawn to a neighbor's room by a cat; the story ends with a macabre touch.
"The Street of the First Shell" – A war story set in the Paris Siege of 1870.
"The Street of Our Lady of the Fields" – Romantic American bohemians in Paris.
"Rue Barrée" – Romantic American bohemians in Paris, with a discordant ending that playfully reflects some of the tone of the first story.