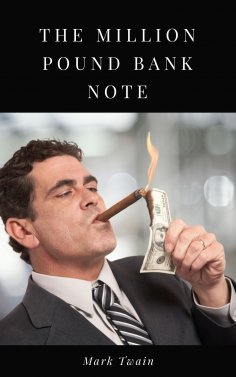 The story takes place in Victorian London, where two very rich, eccentric brothers give the penniless story protagonist, Henry Adams, one million pounds of money in the form of a single peerless bank note. Henry would not be easily able to exchange that note in the bank without being questioned about how he had come to it, charged with theft and arrested. He would also not be able to spend it since no ordinary person would be able to change it.

Samuel Langhorne Clemens, better known by the pen name Mark Twain, was an American humorist, satirist, writer, and lecturer. Twain is most noted for his novels Adventures of Huckleberry Finn, which has since been called the Great American Novel, and The Adventures of Tom Sawyer. He is also known for his quotations. During his lifetime, Clemens became a friend to presidents, artists, leading industrialists, and European royalty.