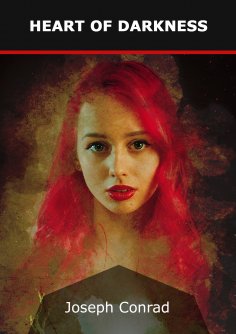 Heart of Darkness, a novel by Joseph Conrad, was originally a three-part series in Blackwood's Magazine in 1899. It is a story within a story, following a character named Charlie Marlow, who recounts his adventure to a group of men onboard an anchored ship. The story told is of his early life as a ferry boat captain. Although his job was to transport ivory downriver, Charlie develops an interest in investing an ivory procurement agent, Kurtz, who is employed by the government. Preceded by his reputation as a brilliant emissary of progress, Kurtz has now established himself as a god among the natives in "one of the darkest places on earth." Marlow suspects something else of Kurtz: he has gone mad.

A reflection on corruptive European colonialism and a journey into the nightmare psyche of one of the corrupted, Heart of Darkness is considered one of the most influential works ever written.

Joseph Conrad (born Józef Teodor Konrad Korzeniowski ) was a Polish-born English novelist who today is most famous for Heart of Darkness, his fictionalized account of Colonial Africa.

Conrad left his native Poland in his middle teens to avoid conscription into the Russian Army. He joined the French Merchant Marine and briefly employed himself as a wartime gunrunner. He then began to work aboard British ships, learning English from his shipmates. He was made a Master Mariner, and served more than sixteen years before an event inspired him to try his hand at writing.

He was hired to take a steamship into Africa, and according to Conrad, the experience of seeing firsthand the horrors of colonial rule left him a changed man.