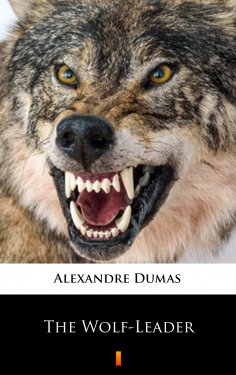 During the absolutism in France, the young clog-maker Thibaudt has a deep desire to belong to the aristocracy. One day he saves the life of a wolf, who fled from the baron Jean de Vez and his hunting party. A while later Thibaudt imagine his amazement: the wolf transformed himself into a human and offers him a pact. The wolf promises to grant Thibault’s wishes in exchange for a hair on his head. As Thibault wishes harm upon more and more people, the hairs on his head become red and wiry. Thibault’s life only gets worse, however; he is able to take revenge on his enemies, but the villagers suspect him to be a werewolf. „The Wolf-Leader”, a novel by Alexandre Dumas, was originally published in 1857. In the lengthy but entertaining introduction, Dumas explains that the novel is based on folktales he grew up hearing in his hometown of Villers-Cotterêts. This particular tale was told to him by a gamekeeper who often took him hunting as a young man. The novel contains elements of horror, fantasy, and science fiction, yet it times is also quite comic.