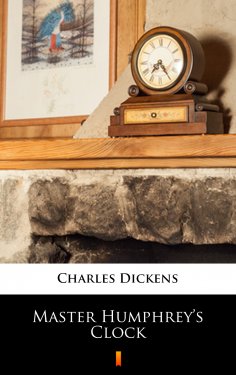 Originally a regular magazine written entirely by Charles Dickens from April 4, 1840-December 4, 1841, „Master Humphrey’s Clock” uses an elderly gentleman named Master Humphrey as a frame for a number of stories. He is a lonely, crippled old man who lives in London. He keeps manuscripts in an antique clock by the chimney. He decides to start a little club, Master Humphrey’s Clock, at which the members – eventually six in total, including Mr. Pickwick – would write and read out their manuscripts to the others. A mirror club in the kitchen, Mr. Weller’s Watch, includes Master Humphrey’s maid, the barber, and Sam Weller. Ultimately, the periodical included the complete novels „The Old Curiosity Club” and „Barnaby Rudge.” These two novels are, however, referenced in the recording, when Master Humphrey and his friends refer to them. This recording presents all the published material except for the two novels.