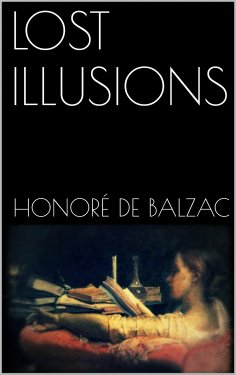 The longest, without exception, of Balzac's books, and one which contains hardly any passage that is not very nearly of his best, Illusions Perdues suffers, I think, a little in point of composition from the mixture of the Angouleme scenes of its first and third parts with the purely Parisian interest of Un Grand Homme de Province. It is hardly possible to exaggerate the gain in distinctness and lucidity of arrangement derived from putting Les Deux Poetes and Eve et David (a much better title than that which has been preferred in the Edition Definitive) together in one volume, and reserving the greatness and decadence of Lucien de Rubempre for another. It is distinctly awkward that this should be divided, as it is itself an enormous episode, a sort of Herodotean parenthesis, rather than an integral part of the story. And, as a matter of fact, it joins on much more to the Splendeurs et Miseres des Courtisanes than to its actual companions. In fact, it is an instance of the somewhat haphazard and arbitrary way in which the actual division of the Comedie has worked, that it should, dealing as it does wholly and solely with Parisian life, be put in the Scenes de la Vie de Province, and should be separated from its natural conclusion not merely as a matter of volumes, but as a matter of divisions. In making the arrangement, however, it is necessary to remember Balzac's own scheme, especially as the connection of the three parts in other ways is too close to permit the wrenching of them asunder altogether and finally. This caution given, all that is necessary can be done by devoting the first part of the introduction entirely to the first and third or Angouleme parts, and by consecrating the latter part to the egregious Lucien by himself.