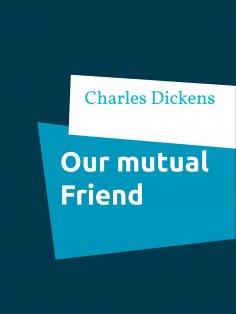 Our Mutual Friend, written in the years 1864-65, is the last novel completed by Charles Dickens and is one of his most sophisticated works, combining savage satire with social analysis.

It centres on, in the words of critic J. Hillis Miller, quoting from the character Bella Wilfer in the book, "money, money, money, and what money can make of life."
(from wikipedia.org)