Plain Tales from the Hills 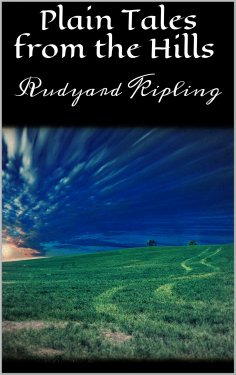 She was the daughter of Sonoo, a Hill-man, and Jadeh his wife. One year their maize failed, and two bears spent the night in their only poppy-field just above the Sutlej Valley on the Kotgarth side; so, next season, they turned Christian, and brought their baby to the Mission to be baptized. The Kotgarth Chaplain christened her Elizabeth, and "Lispeth" is the Hill or pahari pronunciation.
Later, cholera came into the Kotgarth Valley and carried off Sonoo and Jadeh, and Lispeth became half-servant, half-companion to the wife of the then Chaplain of Kotgarth. This was after the reign of the Moravian missionaries, but before Kotgarth had quite forgotten her title of "Mistress of the Northern Hills."
Whether Christianity improved Lispeth, or whether the gods of her own people would have done as much for her under any circumstances, I do not know; but she grew very lovely. When a Hill girl grows lovely, she is worth traveling fifty miles over bad ground to look upon.