The Last of the Mohicans 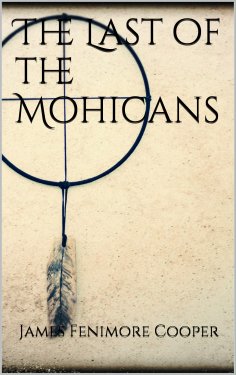 It is believed that the scene of this tale, and most of the information necessary to understand its allusions, are rendered sufficiently obvious to the reader in the text itself, or in the accompanying notes. Still there is so much obscurity in the Indian traditions, and so much confusion in the Indian names, as to render some explanation useful.
Few men exhibit greater diversity, or, if we may so express it, greater antithesis of character, than the native warrior of North America. In war, he is daring, boastful, cunning, ruthless, self-denying, and self-devoted; in peace, just, generous, hospitable, revengeful, superstitious, modest, and commonly chaste. These are qualities, it is true, which do not distinguish all alike; but they are so far the predominating traits of these remarkable people as to be characteristic.
It is generally believed that the Aborigines of the American continent have an Asiatic origin. There are many physical as well as moral facts which corroborate this opinion, and some few that would seem to weigh against it.
The color of the Indian, the writer believes, is peculiar to himself, and while his cheek-bones have a very striking indication of a Tartar origin, his eyes have not. Climate may have had great influence on the former, but it is difficult to see how it can have produced the substantial difference which exists in the latter. The imagery of the Indian, both in his poetry and in his oratory, is oriental; chastened, and perhaps improved, by the limited range of his practical knowledge. He draws his metaphors from the clouds, the seasons, the birds, the beasts, and the vegetable world. In this, perhaps, he does no more than any other energetic and imaginative race would do, being compelled to set bounds to fancy by experience; but the North American Indian clothes his ideas in a dress which is different from that of the African, and is oriental in itself.