The Way To Wealth 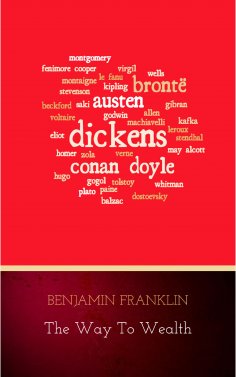 Benjamin Franklin's writings have inspired millions throughout the years, and his advice on how to earn and save money is timeless. "The Way to Wealth" was an essay written by Benjamin Franklin in 1758. He was on a journey to England and resented the time wasted waiting for the ship to sail (it was anchored in New York for 2 weeks) that he began collecting adages and advice from 25 years worth of publication of Poor Richard's Alamanac (Spelled Alamanack at the time). Because the poor man couldn't afford books, he would spend his earnings on yearly almanacs filled with astrology, jokes, stories, and other works of amusement. In Poor Richard's Alamanac, Franklin copied some of the more popular pieces of advice, slightly modified, and also included original works of his own