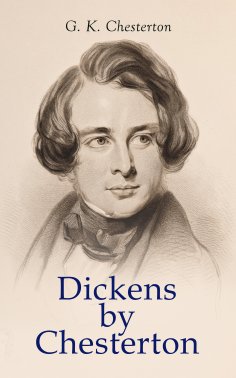 Charles Dickens was an English writer and social critic, widely recognized as a literary genius. He created some of the world's best-known fictional characters and is regarded by many as the greatest novelist of the Victorian era. G. K. Chesterton took great interest in the literature of Charles Dickens, writing several books concerning his life and his works:
Charles Dickens – Biographical Sketch
Charles Dickens – Critical Study
Appreciations and Criticisms of the Works of Charles Dickens

G. K. Chesterton (1874-1936) was an English writer, poet, philosopher, dramatist, journalist, orator, lay theologian, biographer, and literary and art critic. Chesterton is well known for his fictional priest-detective Father Brown, and for his reasoned apologetics. Even some of those who disagree with him have recognized the wide appeal of such works as Orthodoxy and The Everlasting Man. Chesterton is often referred to as the "prince of paradox".