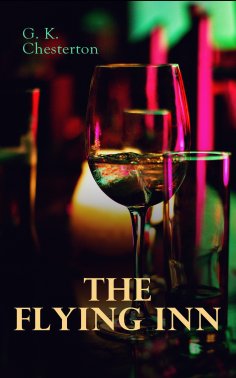 The Flying Inn is set in a future England where the Temperance movement has allowed a bizarre form of "Progressive" Islam to dominate the political and social life of the country. Because of this, alcohol sales to the poor are effectively prohibited, while the rich can get alcoholic drinks "under a medical certificate". The story relates the adventures of Humphrey Pumph and Captain Patrick Dalroy, who roam the country in their cart with a barrel of rum in an attempt to evade Prohibition, exploiting loopholes in the law to temporarily prevent the police taking action against them. Eventually the heroes and their followers foil an attempted coup by an Islamic military force.

G. K. Chesterton (1874-1936) was an English writer, poet, philosopher, dramatist, journalist, orator, lay theologian, biographer, and literary and art critic. Chesterton is well known for his fictional priest-detective Father Brown, and for his reasoned apologetics. Even some of those who disagree with him have recognized the wide appeal of such works as Orthodoxy and The Everlasting Man. Chesterton is often referred to as the "prince of paradox".