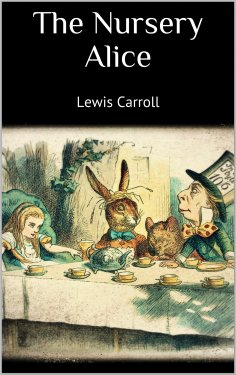 I have reason to believe that "Alice's Adventures in Wonderland" has been read by some hundreds of English Children, aged from Five to Fifteen: also by Children, aged from Fifteen to Twenty-five: yet again by Children, aged from Twenty-five to Thirty-five: and even by Children-for there are such-Children in whom no waning of health and strength, no weariness of the solemn mockery, and the gaudy glitter, and the hopeless misery, of Life has availed to parch the pure fountain of joy that wells up in all child-like hearts-Children of a "certain" age, whose tale of years must be left untold, and buried in respectful silence. And my ambition now is (is it a vain one?) to be read by Children aged from Nought to Five. To be read? Nay, not so! Say rather to be thumbed, to be cooed over, to be dogs'-eared, to be rumpled, to be kissed, by the illiterate, ungrammatical, dimpled Darlings, that fill your Nursery with merry uproar, and your inmost heart of hearts with a restful gladness! Such, for instance, as a child I once knew, who-having been carefully instructed that one of any earthly thing was enough for any little girl; and that to ask for two buns, two oranges, two of anything, would certainly bring upon her the awful charge of being "greedy"-was found one morning sitting up in bed, solemnly regarding her two little naked feet, and murmuring to herself, softly and penitently, "deedy!"