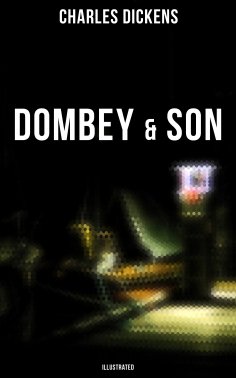 This eBook edition of "Dombey & Son" has been formatted to the highest digital standards and adjusted for readability on all devices.
Paul Dombey is the wealthy owner of the shipping company, whose dream is to have a son to continue his business. When his son is born, Dombey's wife dies shortly after giving birth. The child, named Paul after his father, is a weak and sickly child, who does not socialize normally with others. He is intensely fond of his sister Florence, who is deliberately neglected by her father as irrelevant and a distraction. Young Paul's health declines even further and he dies, still only six years old, and he is left only with his daughter, whom he pushes away while she futilely tries to earn his love.