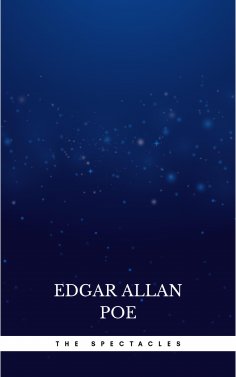 "The Spectacles" is a short story by Edgar Allan Poe, published in 1844. It is one of Poe's comedy tales.
The narrator, 22-year-old Napoleon Bonaparte Froissart, changes his last name to "Simpson" as a requirement to inherit a large sum from a distant cousin, Adolphus Simpson. At the opera he sees a beautiful woman in the audience and falls in love instantly. He describes her beauty at length, despite not being able to see her well; he requires spectacles but, in his vanity, "resolutely refused to employ them". His companion Talbot identifies the woman as Madame Eugenie Lalande, a wealthy widow, and promises to introduce the two. He courts her and proposes marriage; she makes him promise that, on their wedding night, he will wear his spectacles.