Capital: The Process of Capitalist Production as a Whole 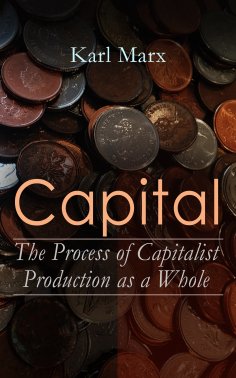 Capital: The Process of Capitalist Production as a Whole was prepared by Friedrich Engels from notes left by Karl Marx and published in 1894. Das Kapital is best known today for this part, which says that as the organic fixed capital requirements of production rise as a result of advancements in production generally, the rate of profit tends to fall.
Karl Marx (1818–1883) was a famous German philosopher, economist, historian, political theorist, sociologist, journalist and revolutionary socialist.