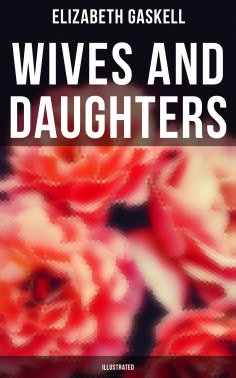 This eBook edition of "Wives and Daughters" has been formatted to the highest digital standards and adjusted for readability on all devices.
Molly Gibson is a young girl who has been raised by her widowed father. During a visit to the local aristocratic 'great house' of Lord and Lady Cumnor, she loses her way in the estate and falls asleep under a tree. When she wakes up, she gets distressed at the thought of spending the night at the mansion, but to her relief, her father arrives to collect her. Seven years later, Molly is an attractive and rather unworldly young woman, which arouses the interest of one of her father's apprentices. Mr. Gibson discovers the young man's secret affection and sends Molly to stay with the Hamleys of Hamley Hall. Molly falls in love with Roger, the younger son of Mrs. Hamley, but it appears that he is more interested in Cynthia, Molly's new stepsister from her father's second marriage.
Elizabeth Gaskell (1810-1865) was an English novelist and short story writer. Her novels offer a detailed portrait of the lives of many strata of Victorian society, including the very poor, and are of interest to social historians as well as lovers of literature. Some of Gaskell's best known novels are Cranford, North and South, and Wives and Daughters.