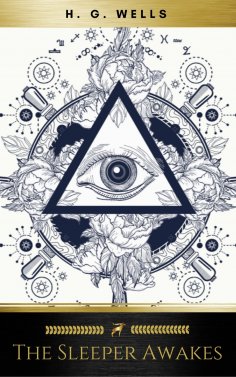 The Sleeper Awakes is H. G. Wells's wildly imaginative story of London in the twenty-second century and the man who by accident becomes owner and master of the world. In 1897 a Victorian gentleman falls into a sleep from which he cannot be waked. During his two centuries of slumber he becomes the Sleeper, the most well known and powerful person in the world. All property is bequeathed to the Sleeper to be administered by a Council on his behalf. The common people, increasingly oppressed, view the Sleeper as a mythical liberator whose awakening will free them from misery.

The Sleeper awakes in 2100 to a futuristic London adorned with wondrous technological trappings yet staggering under social injustice and escalating unrest. His awakening sends shock waves throughout London, from the highest meetings of the Council to the workers laboring in factories in the bowels of the city. Daring rescues and villainous treachery abound as workers and capitalists fight desperately for control of the Sleeper.