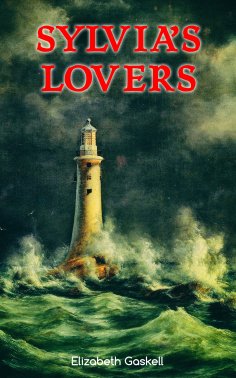 Sylvia's Lovers is a Victorian romance novel described by the author as "the saddest story I ever wrote". The story begins in the 1790s in the fictional coastal town of Monkshaven against the background of the practice of impressments during the early phases of the Napoleonic Wars. Sylvia Robson lives happily with her parents on a farm, and is passionately loved by her rather dull Quaker cousin Philip. She, however, meets and falls in love with Charlie Kinraid, a dashing sailor on a whaling vessel, and they become secretly engaged. When Kinraid goes back to his ship, he is forcibly enlisted in the Royal Navy by a press gang, a scene witnessed by Philip. Philip does not tell Sylvia of the incident nor relay to her Charlie's parting message and, believing her lover is dead, Sylvia eventually marries her cousin and they get a daughter. Inevitably, Kinraid returns to claim Sylvia and she discovers that Philip knew all the time that he was still alive.
Elizabeth Gaskell (1810-1865) was an English novelist and short story writer. Her novels offer a detailed portrait of the lives of many strata of Victorian society, including the very poor, and are of interest to social historians as well as lovers of literature. Some of Gaskell's best known novels are Cranford, North and South, and Wives and Daughters.