The Historical Novels of Mark Twain 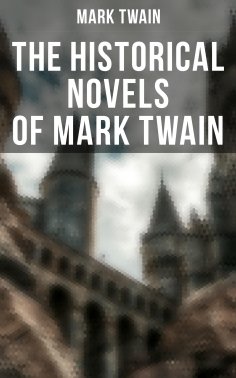 The Prince and the Pauper is a novel by Mark Twain first published in 1881 in Canada, before its 1882 publication in the United States. Set in 1547, it tells the story of two young boys who are identical in appearance: Tom Canty, a pauper who lives with his abusive father in Offal Court off Pudding Lane in London, and Prince Edward, son of King Henry VIII. A Connecticut Yankee in King Arthur's Court is an 1889 novel by Mark Twain, originally published in book form in 1896. The novel is a satirical comedy that looks at 6th-Century England and its medieval culture through the eyes of Hank Morgan, a 19th-century resident of Hartford, Connecticut, who, after a blow to the head, awakens to find himself inexplicably transported back in time to early medieval England at the time of the legendary King Arthur. Personal Recollections of Joan of Arc, published in 1896, is the remarkable story of the saint's life as told by the fictional Sieur Louis de Conté, Joan's page and secretary, in the form of a memoir written in the twilight of life. The character has had the privilege of growing up with Joan of Arc, accompanying her during the excitement and pageantry of her military campaigns, and being present at each of her three trials.
Samuel Langhorne Clemens (1835 – 1910), better known by his pen name Mark Twain, was an American author and humorist. He wrote The Adventures of Tom Sawyer (1876) and its sequel, Adventures of Huckleberry Finn (1885), the latter often called "the Great American Novel."