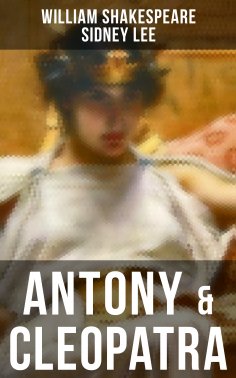 Antony and Cleopatra is a tragedy by William Shakespeare, written in 1606. The play was first printed in the First Folio of 1623. The plot is based on Thomas North's translation of Plutarch's Lives and follows the relationship between Cleopatra and Mark Antony from the time of the Sicilian revolt to Cleopatra's suicide during the Final War of the Roman Republic. Cleopatra, the ambiguous Queen of Egypt, has bewitched the great Mark Antony, soldier, campaigner and now one of the three rulers of the Roman Empire. When Antony quarrels with his fellow leaders and throws in his lot with Cleopatra, his infatuation threatens to split the Empire in two. Life of William Shakespeare is a biography of William Shakespeare by the eminent critic Sidney Lee. This book was one of the first major biographies of the Bard of Avon. It was published in 1898, based on the article contributed to the Dictionary of National Biography.
William Shakespeare (1564 – 1616) was an English poet and playwright, widely regarded as the greatest writer in the English language and the world's pre-eminent dramatist. He is often called England's national poet and the "Bard of Avon". His extant works, including some collaborations, consist of about 38 plays, 154 sonnets, two long narrative poems, and a few other verses, the authorship of some of which is uncertain.
Sir Sidney Lee (1859 – 1926) was an English biographer and critic. He was a lifelong scholar and enthusiast of Shakespeare. His article on Shakespeare in the fifty-first volume of the Dictionary of National Biography formed the basis of his Life of William Shakespeare. This full-length life is often credited as the first modern biography of the poet.