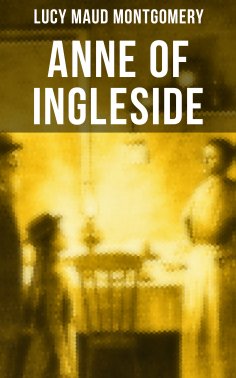 "Anne of Ingleside" is a children's novel by Maud Montgomery, first published in 1939. It is the sixth book in the "Anne Shirley" chronology, and Montgomery's final published novel. The novel is one of a series of books featuring the character Anne Shirley. Montgomery found her inspiration in a newspaper article about a couple who were mistakenly sent an orphan girl instead of a boy, yet decided to keep her. She also drew upon her own childhood experiences in rural Prince Edward Island, Canada. A photograph of Evelyn Nesbitt, clipped from an American magazine and pasted to the wall near the author's writing desk, was also used as a model for Anne.
Lucy Maud Montgomery (1874 – 1942), was a Canadian author best known for a series of novels beginning with Anne of Green Gables. Montgomery went on to publish 20 novels as well as 530 short stories, 500 poems, and 30 essays.