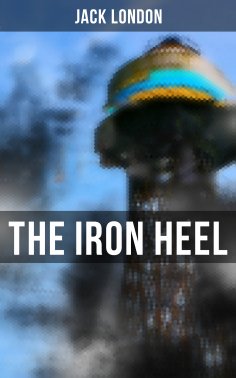 The year is 2600 AD or 419 B.O.M. (the Brotherhood of Man) when Anthony Meredith, a scholar from the future, comes across an important manuscript of Avis Everhard written around 1912-1932 when "Iron Heel" came to power in USA. "Iron Heel" is an oligarchic regime where the power and money is concentrated in the hands of a few rulers and Avis and her husband Ernest are involved in a conspiracy to overthrow it. Although Meredith knows the fate of Avis and Ernest but what they saw and suffered would shake you to the core. This novel is a prophetic dystopia that is said to have inspired George Orwell, the author of 1984, who described Jack London as having made "a very remarkable prophecy of the rise of Fascism". Orwell believed that Jack London's understanding of contemporary politics had made him a better prophet "than many better-informed and more logical thinkers."
Jack London (1876–1916) was an American novelist, journalist, and social activist. London was part of the radical literary group "The Crowd" in San Francisco and a passionate advocate of unionization, socialism, and the rights of workers. He wrote several powerful works dealing with these topics, such as his dystopian novel The Iron Heel, his non-fiction exposé The People of the Abyss, and The War of the Classes. Some of his most famous works include The Call of the Wild and White Fang, both set in the Klondike Gold Rush, as well as the short stories "To Build a Fire", "An Odyssey of the North", and "Love of Life". He also wrote of the South Pacific in such stories as "The Pearls of Parlay" and "The Heathen", and of the San Francisco Bay area in The Sea Wolf.