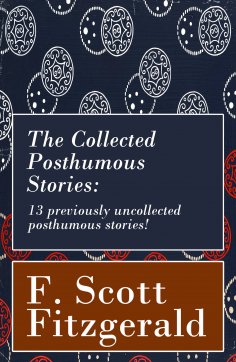 This carefully crafted ebook: "The Collected Posthumous Stories" contains 13 previously uncollected stories in one volume and is formatted for your eReader with a functional and detailed table of contents. Content: On an Ocean Wave. The Woman from "21". Three Hours Between Planes. The Broadcast We almost Heard last September. News of Paris—Fifteen Years Ago. Discard [Director's Special]. The World's Fair. Last Kiss. That Kind of Party. Dearly Beloved. Lo, the Poor Peacock! On Your Own. A Full Life. Francis Scott Key Fitzgerald (1896 – 1940) was an American author of novels and short stories, whose works are the paradigmatic writings of the Jazz Age, a term he coined. He is widely regarded as one of the greatest American writers of the 20th century.