War and the Future (The original unabridged edition) 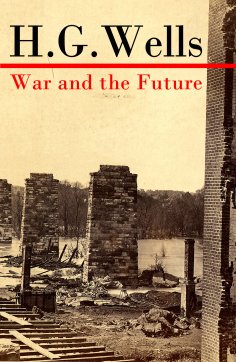 This carefully crafted ebook: "War and the Future (The original unabridged edition)" is formatted for your eReader with a functional and detailed table of contents. War and the Future (1917) is a work of war propaganda by H.G. Wells that was published in America under the title Italy, France, and Britain at War. Wells would have preferred the title The War of Ideas, but his publisher overruled him. Except for the opening piece, its chapters were published as articles in the press. Table of contents: The Passing of the Effigy The War in Italy (August 1916) Chapter I. The Isonzo Front Chapter II. The Mountain War Chapter III. Behind the Front The Western War (September 1916) Chapter I. Ruins Chapter II. The Grades of War Chapter III. The War Landscape Chapter IV. New Arms for Old Ones Chapter V. Tanks How People Think About the War Chapter I. Do They Really Think at All? Chapter II. The Yielding Pacifist and the Conscientious Objector Chapter II. The Religious Revival Chapter IV. The Riddle of the British Chapter V. The Social Changes in Progress Chapter VI. The Ending of the War Herbert George "H. G." Wells (1866 – 1946) was an English writer, now best known for his work in the science fiction genre. He was also a prolific writer in many other genres, including contemporary novels, history, politics and social commentary, even writing textbooks and rules for war games. Wells was now considered to be one of the world's most important political thinkers and during the 1920s and 30s he was in great demand as a contributor to newspapers and journals.