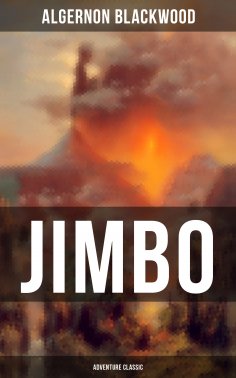 This eBook edition of "Jimbo" has been formatted to the highest digital standards and adjusted for readability on all devices. Algernon Blackwood (1869-1951) was an English short story writer and novelist, one of the most prolific writers of ghost stories in the history of the genre. Though Blackwood wrote a number of horror stories, his most typical work seeks less to frighten than to induce a sense of awe. "Jimbo was not quite sure that he understood the message, but he liked it all the same, and felt comforted. So long as they believed in one another, the rest did not matter very much after all. And when at last, shivering with cold, he crept back to bed, it was only to find through the Gates of Sleep a more direct way to the things he had been thinking about, and to wander for the rest of the night, unwatched and free, through the wonders of an Enchanted Land…."