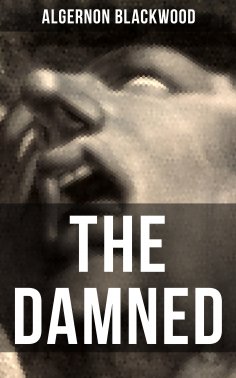 This eBook edition of "THE DAMNED" has been formatted to the highest digital standards and adjusted for readability on all devices.
Algernon Blackwood (1869-1951) was an English short story writer and novelist, one of the most prolific writers of ghost stories in the history of the genre. Blackwood wrote a number of horror stories. His most work seeks less to frighten than to induce a sense of awe.
Excerpt:
"Certain things, however, gradually then became apparent, forcing themselves upon me. They came slowly, but overwhelmingly. Not that facts had changed, or natural details altered in the grounds—this was impossible—but that I noticed for the first time various aspects I had not noticed before—trivial enough, yet for me, just then, significant. Some I remembered from previous days; others I saw now as I wandered to and fro, uneasy, uncomfortable,—almost, it seemed, watched by some one who took note of my impressions. The details were so foolish, the total result so formidable. I was half aware that others tried hard to make me see. It was deliberate. My sister's phrase, 'one layer got at me, another gets at you,' flashed, undesired, upon me."