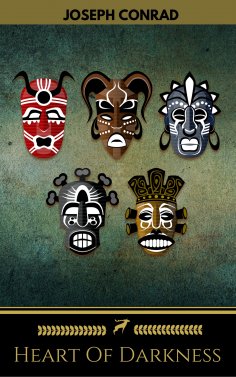 "The Heart of Darkness" is the story of Charlie Marlow's voyage from the civilized world of Europe into the primitive interior of the Congo of Africa. As a manager of a Belgian ivory company, Marlow travels into the interior of Africa up the Congo River to meet Kurtz, an agent of the ivory company. Deep in the interior of Africa Marlow finds Kurtz living among the savage natives who revere him as a God. In "The Heart of Darkness," The Polish born Conrad has crafted a classic of English literature. It is an intense psychological drama that deals with the very nature of good and evil. With this narrative Conrad draws sharp contrast between the "civilized" and "uncivilized" world and presents the reader with a strong commentary of the evil savagery that lies at the heart of human existence.