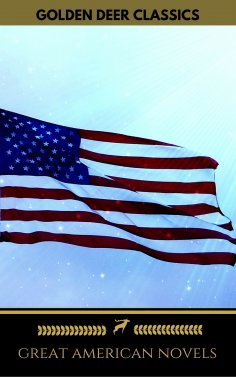 A "Great American Novel" is a novel which is of high literary merit and shows the culture of the United States at a specific time in its history. It is presumably written by an American author who is knowledgeable about the state, culture, and perspective of the common American citizen.

At one time, each work within that Golden Deer Classics compilation have been considered to be a Great American Novel from the 19th century: