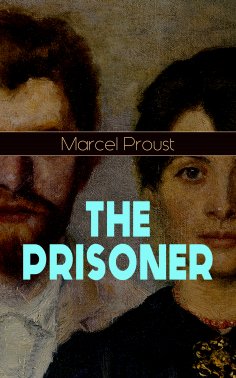 This carefully crafted ebook: "THE PRISONER" is formatted for your eReader with a functional and detailed table of contents.
This modern classic minutely dwells into the nature of worn out relationships between couples, when love is replaced by boredom and at times indifference. It beautifully comments upon this haunting aspect of love, where couples fall out of love all the time and yet they don't have courage to break free...
"At daybreak, my face still turned to the wall, and before I had seen above the big inner curtains what tone the first streaks of light assumed, I could already tell what sort of day it was. The first sounds from the street had told me, according to whether they came to my ears dulled and distorted by the moisture of the atmosphere or quivering like arrows in the resonant and empty area of a spacious, crisply frozen, pure morning; as soon as I heard the rumble of the first tramcar, I could tell whether it was sodden with rain or setting forth into the blue."
Marcel Proust (1871–1922) was a French novelist, critic, and essayist best known for his monumental novel À la Recherche du Temps Perdu (1913-1927). He is considered by English critics and writers to be one of the most influential authors of the 20th century.
Charles Kenneth Scott Moncrieff (1889–1930) was a Scottish writer, most famous for his English translation of most of Proust's À la recherche du temps perdu, which he published under the Shakespearean title Remembrance of Things Past.