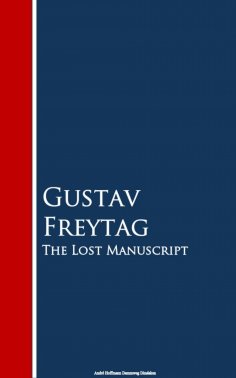 Gustav Freytag has expressed the central idea of his novel The Lost Manuscript in the motto which he has written for the American edition:

"A noble human life does not end on earth with death. It continues in the minds and the deeds of friends, as well as in the thoughts and the activity of the nation."

This idea of the continuity and preservation of soul-life permeates the whole work. It meets us at every hand. We observe the professor in his study, ever eager to fathom the thoughts of the great thinkers of the past and imbuing his students with their lofty spirit. We sympathize with the heroine of this novel, the strong, pious Saxon maiden, in her religious and intellectual development; we behold her soul enlarging under the influence of unusual and trying situations; we watch her mentally growing amid the new ideas crowding in upon her. We enjoy the droll characterizations of the half-educated, of Mrs. Rollmaus and the servants, in whose minds the mysteries of soul-life appear in the shape of superstitious notions. And we see, again, the consequences of wrong-doing, of errors, and of mistakes continuing like a heavy curse, depressing the mind and hindering its freedom. And this last provokes a wholesome reaction and is finally conquered by unshirking courage in honest spiritual combat.

Illustrations of psychical laws showing the connections and continuity of the threads in the warp and woof of human soul-life, are found indeed in all the works of Gustav Freytag. The great novelist anticipated the results that have of late been established by the experiments of modern psychology. He says in his Autobiographical Reminiscences:

"What a man's own life accomplishes in the formation of his character, and the extent to which it fully develops his native capacities, we observe and estimate even in the best cases only with imperfect knowledge.