History of the Revolt of the Netherlands 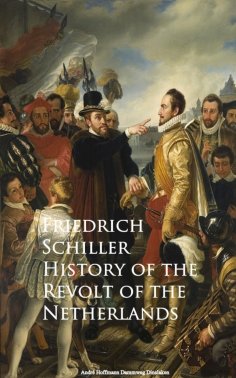 The present is the best collected edition of the important works of Schiller which is accessible to readers in the English language. Detached poems or dramas have been translated at various times since the first publication of the original works; and in several instances these versions have been incorporated into this collection. Schiller was not less efficiently qualified by nature for an historian than for a dramatist. He was formed to excel in all departments of literature, and the admirable lucidity of style and soundness and impartiality of judgment displayed in his historical writings will not easily be surpassed, and will always recommend them as popular expositions of the periods of which they treat.
Since the publication of the first English edition many corrections and improvements have been made, with a view to rendering it as acceptable as possible to English readers; and, notwithstanding the disadvantages of a translation, the publishers feel sure that Schiller will be heartily acceptable to English readers, and that the influence of his writings will continue to increase.
THE HISTORY OF THE REVOLT OF THE NETHERLANDS was translated by Lieut. E. B. Eastwick, and originally published abroad for students' use. But this translation was too strictly literal for general readers. It has been carefully revised, and some portions have been entirely rewritten by the Rev. A. J. W. Morrison, who also has so ably translated the HISTORY OF THE THIRTY YEARS WAR.
THE CAMP OF WALLENSTEIN was translated by Mr. James Churchill, and first appeared in "Frazer's Magazine." It is an exceedingly happy version of what has always been deemed the most untranslatable of Schiller's works.
THE PICCOLOMINI and DEATH OF WALLENSTEIN are the admirable version of S. T. Coleridge, completed by the addition of all those passages which he has omitted, and by a restoration of Schiller's own arrangement of the acts and scenes.