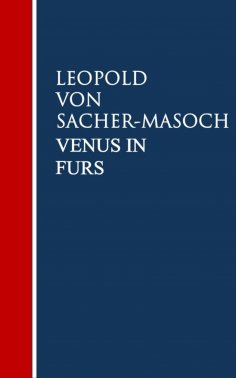 The framing story concerns a man who dreams of speaking to Venus about love while she wears furs. The unnamed narrator tells his dreams to a friend, Severin, who tells him how to break him of his fascination with cruel women by reading a manuscript, Memoirs of a Suprasensual Man. This manuscript tells of a man, Severin von Kusiemski, who is so infatuated with a woman, Wanda von Dunajew, that he asks to be her slave, and encourages her to treat him in progressively more degrading ways. At first Wanda does not understand or accede to the request, but after humouring Severin a bit she finds the advantages of the method to be interesting and enthusiastically embraces the idea, although at the same time she disdains Severin for allowing her to do so. Severin describes his feelings during these experiences as suprasensuality. Severin and Wanda travel to Florence. Along the way, Severin takes the generic Russian servant's name of "Gregor" and the role of Wanda's servant. In Florence, Wanda treats him brutally as a servant, and recruits a trio of African women to dominate him. The relationship arrives at a crisis when Wanda herself meets a man to whom she would like to submit, a Byronic hero known as Alexis Papadopolis. At the end of the book, Severin, humiliated by Wanda's new lover, loses the desire to submit. He says of Wanda: That woman, as nature has created her, and man at present is educating her, is man's enemy. She can only be his slave or his despot, but never his companion. This she can become only when she has the same rights as he and is his equal in education and work.

Leopold Ritter von Sacher-Masoch, Austrian writer and journalist, who gained renown for his romantic stories of Galician life. The term masochism is derived from his name. During his lifetime, Sacher-Masoch was well known as a man of letters, a utopian thinker who espoused socialist and humanist ideals in his fiction and non-fiction. Most of his works remain untranslated into English. The novel Venus in Furs was until recently his only book commonly available in English, but an English translation by William Holmes of Die Gottesmutter was released in 2015 as The Mother of God.