The Pilgrim's Progress (Unabridged & Annotated with the complete Bible references) 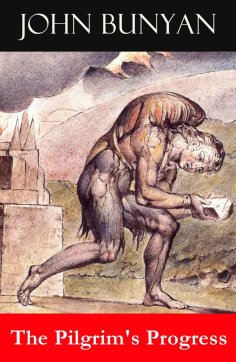 This carefully crafted ebook: "The Pilgrim's Progress (Unabridged & Annotated with the complete Bible references)" is formatted for your eReader with a functional and detailed table of contents. The Pilgrim's Progress from This World to That Which Is to Come is a Christian allegory written by John Bunyan and published in February, 1678. It is regarded as one of the most significant works of religious English literature, has been translated into more than 200 languages, and has never been out of print. Bunyan began his work while in the Bedfordshire county gaol for violations of the Conventicle Act, which prohibited the holding of religious services outside the auspices of the established Church of England. Early Bunyan scholars like John Brown believed The Pilgrim's Progress was begun in Bunyan's second shorter imprisonment for six months in 1675, but more recent scholars like Roger Sharrock believe that it was begun during Bunyan's initial, more lengthy imprisonment from 1660–72 right after he had written his spiritual autobiography, Grace Abounding to the Chief of Sinners. John Bunyan (28 November 1628 – 31 August 1688) was an English Christian writer and preacher, who is well known for his book The Pilgrim's Progress. Though he became a non-conformist and member of an Independent church, and although he has been described both as a Baptist and as a Congregationalist, he himself preferred to be described simply as a Christian. He is remembered in the Church of England with a Lesser Festival on August 30, and on the liturgical calendar of the Episcopal Church (US) on August 29. Some other Churches of the Anglican Communion, such as the Anglican Church of Australia, honour him on the day of his death (August 31) together with St Aidan of Lindisfarne.