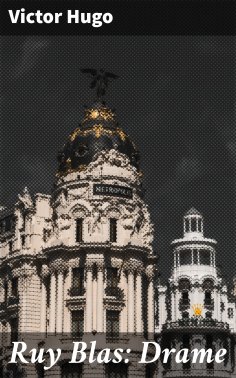 Ruy Blas is a tragic drama by Victor Hugo. It was the first of his plays presented at the Théâtre de la Renaissance and opened on November 8, 1838. Later many critics and connoisseurs considered it to be Hugo's best drama, yet the play was initially met with only average success. Hugo brings us back to the times of King Charles II. The main character is an indentured commoner (and a poet) who dares to love the Queen and gets stuck into political and romantic affairs.