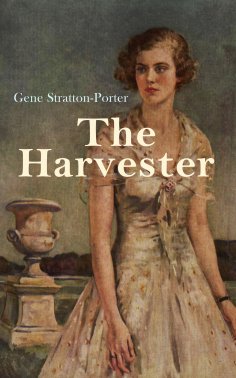 David Langston is the harvester – a recluse, twenty-six year old man whose best friend is his dog. He lives alone in the Medicine Woods, where he cultivates and harvests plants, wild barks, roots, leaves, herbs, edible and medicinal fungi which are used for medicines. David's life changes when he meets a woman of his dreams. He finds her in the clutches of her malicious uncle and he must rescue her and gain her trust.

Gene Stratton-Porter (1863-1924) was a Wabash County, Indiana, native who became a self-trained American author, nature photographer, and naturalist. Stratton-Porter wrote several best-selling novels in addition to columns for national magazines. Her best known novels Freckles, A Girl of the Limberlost, and The Harvester are set in the wooded wetlands and swamps of northeast Indiana. Stratton-Porter loved the area and its wildlife and had documented them extensively.