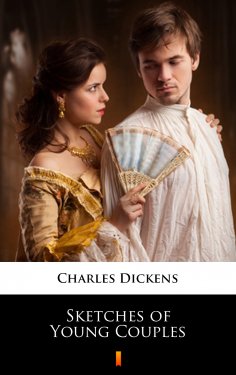 „Sketches of Young Couples” is similarly a relatively early and short work by Charles Dickens – in which he outlines in a humorous and vaguely satirical way various „types” of couples (young, old and matured) in society under different subjects describing their actions, thoughts and decisions as couple. These subjects are chosen as a moral essay to raise the awareness and information in young couple for coming generation of both sexes. As always, Dickens’ scatterings of humor help make it an enjoyable read. It’s mainly an exercise in characterization, but each little chapter reads like a story, or part of a story. These satirical portraits, specially timed to Queen Victoria’s 1839 engagement to the future Prince Albert, not only reveal the dazzling brilliance of young Dickens’s genius, but also offer a humorous glimpse into Victorian mores and attitudes.