Twenty Thousand Leagues Under the Seas 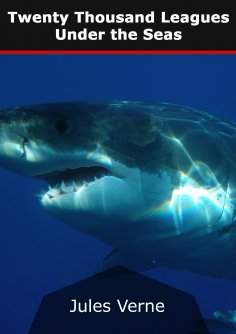 French naturalist Dr. Aronnax embarks on an expedition to hunt down a sea monster, only to discover instead the Nautilus, a remarkable submarine built by the enigmatic Captain Nemo. Together Nemo and Aronnax explore the underwater marvels, undergo a transcendent experience amongst the ruins of Atlantis, and plant a black flag at the South Pole. But Nemo's mission is one of revenge-and his methods coldly efficient.

Verne wrote about space, air, and underwater travel before navigable aircraft and practical submarines were invented, and before any means of space travel had been devised. He is the third most translated author of all time, behind Disney Productions and Agatha Christie. His prominent novels have been made into films. Verne, along with H. G. Wells, is often referred to as the "Father of Science Fiction".