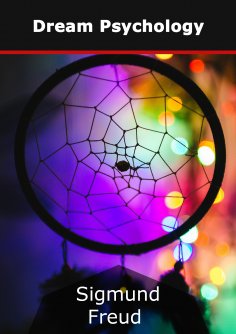 Dreams, in Freud's view, are all forms of "wish fulfillment" - attempts by the unconscious to resolve a conflict of some sort, whether something recent or something from the recesses of the past (later in Beyond the Pleasure Principle, Freud would discuss dreams which do not appear to be wish-fulfillment). Because the information in the unconscious is in an unruly and often disturbing form, a "censor" in the preconscious will not allow it to pass unaltered into the conscious.

During dreams, the preconscious is more lax in this duty than in waking hours, but is still attentive: as such, the unconscious must distort and warp the meaning of its information to make it through the censorship. As such, images in dreams are often not what they appear to be, according to Freud, and need deeper interpretation if they are to inform on the structures of the unconscious.

Dr. Sigismund Freud (later changed to Sigmund) was a neurologist and the founder of psychoanalysis, who created an entirely new approach to the understanding of the human personality. He is regarded as one of the most influential - and controversial - minds of the 20th century.

In 1873, Freud began to study medicine at the University of Vienna. After graduating, he worked at the Vienna General Hospital. He collaborated with Josef Breuer in treating hysteria by the recall of painful experiences under hypnosis. In 1885, Freud went to Paris as a student of the neurologist Jean Charcot. On his return to Vienna the following year, Freud set up in private practice, specialising in nervous and brain disorders. The same year he married Martha Bernays, with whom he had six children.

Freud developed the theory that humans have an unconscious in which sexual and aggressive impulses are in perpetual conflict for supremacy with the defences against them. In 1897, he began an intensive analysis of himself. In 1900, his major work 'The Interpretation of Dreams' was published in which Freud analysed dreams in terms of unconscious desires and experiences.