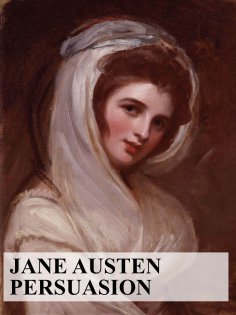 Persuasion is the last novel fully completed by Jane Austen. It was published at the end of 1817, six months after her death.

The story concerns Anne Elliot, a young Englishwoman of 27 years, whose family is moving to lower their expenses and get out of debt.

Her use of biting irony, along with her realism, humour, and social commentary, have long earned her acclaim among critics, scholars, and popular audiences alike.
(from wikipedia.org)