The Greatest Works of Victor Hugo 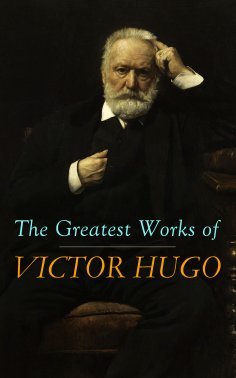 This meticulously edited Victor Hugo collection is formatted for your eReader with a functional and detailed table of contents:
Les Misérables
The Man Who Laughs
The Hunchback of Notre-Dame
Toilers of the Sea
Hans of Iceland
Bug-Jargal
The Last Day of a Condemned Man; or, A Criminal's Last Hours
Claude Gueux (A Crime Story)
A Fight with a Cannon
Cromwell
Marion De Lorme
Mary Tudor
Esmeralda
"My Daughter, Hence and Pray! See, Night is Stealing O'er Us"
The Tomb and the Rose
Medley of Philosophy and Literature
Napoleon the Little
"In Defense of His Son"
Address to the Workman's Congress at Marseille
Oration on Voltaire
The Memoirs of Victor Hugo
Letter to the London News Regarding John Brown
Letter to Mrs. Maria Weston Chapman on American Slavery
Victor Hugo: His Life and Work (Biography)

Victor Hugo was a French poet, novelist, and dramatist of the Romantic movement. And he is also considered to be one of the greatest and best-known French writers.