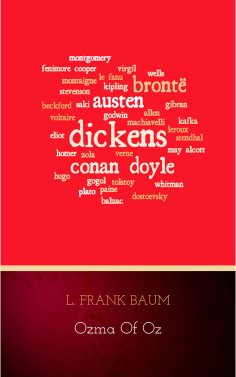 Within this third work of Baum's Land of Oz series, Dorothy's story is continued with her beloved companions and given further life with inventive new characters, including a talking hen named Billina and the Hungry Tiger. After being tossed from a steamship during a storm, Dorothy finds herself in the kingdom of Ev, where she becomes involved in a journey to the palace of the evil Nome King to rescue the Queen of Ev and her children. From dodging Wheelers to dangerous guessing games, Dorothy must overcome many obstacles to help the helpless and reach a happy ending in Oz. "Ozma of Oz" is a worthy component of a series of stories that have delighted children for over a century.