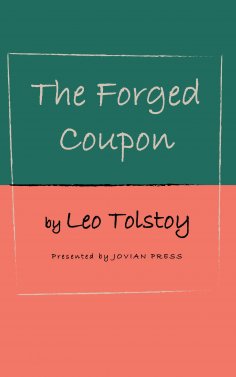 The Forged Coupon is a novella in two parts by Leo Tolstoy. Though he first conceived of the story in the late 1890s, he did not begin writing it until 1902. After struggling for several years, he finally completed the story in 1904; however, it was not published until some of Tolstoy's shorter works were collected and anthologized after his death in 1910.