White Nights and Other Stories 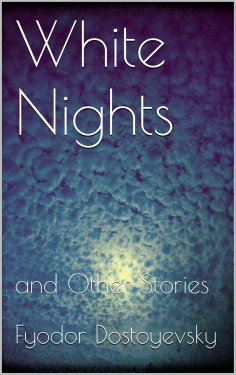 It was a wonderful night, such a night as is only possible when we are young, dear reader. The sky was so starry, so bright that, looking at it, one could not help asking oneself whether ill-humoured and capricious people could live under such a sky. That is a youthful question too, dear reader, very youthful, but may the Lord put it more frequently into your heart!... Speaking of capricious and ill-humoured people, I cannot help recalling my moral condition all that day. From early morning I had been oppressed by a strange despondency. It suddenly seemed to me that I was lonely, that every one was forsaking me and going away from me. Of course, any one is entitled to ask who "every one" was. For though I had been living almost eight years in Petersburg I had hardly an acquaintance. But what did I want with acquaintances? I was acquainted with all Petersburg as it was; that was why I felt as though they were all deserting me when all Petersburg packed up and went to its summer villa.