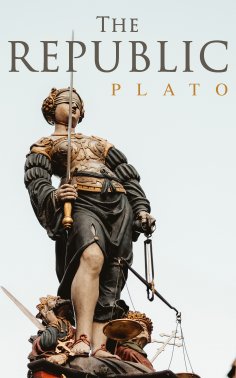 The Republic is a Socratic dialogue, written by Plato around 380 BC, concerning justice, the order and character of the just city-state, and the just man. It is Plato's best-known work, and has proven to be one of the world's most influential works of philosophy and political theory, both intellectually and historically. In the book's dialogue, Socrates discusses with various Athenians and foreigners about the meaning of justice and whether the just man is happier than the unjust man. They consider the natures of existing regimes and then propose a series of different, hypothetical cities in comparison, culminating in Kallipolis, a hypothetical city-state ruled by a philosopher king. They also discuss the theory of forms, the immortality of the soul, and the role of the philosopher and of poetry in society.

Plato (424/423 – 348/347 BC) was a philosopher in Classical Greece and the founder of the Academy in Athens, the first institution of higher learning in the Western world. He is widely considered the pivotal figure in the development of Western philosophy. Along with his teacher, Socrates, and his most famous student, Aristotle, Plato laid the foundations of Western philosophy and science.