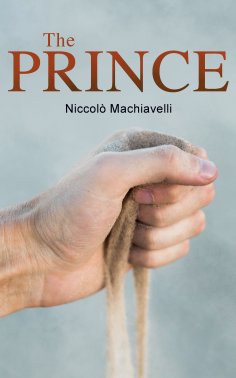 The Prince is a political treatise by the Florentine philosopher Niccolò Machiavelli, written c. 1513. The Prince is sometimes claimed to be one of the first works of modern political philosophy, in which the effective truth is taken to be more important than any abstract ideal. It was also in direct conflict with the dominant Catholic and scholastic doctrines of the time concerning how to consider politics and ethics. Machiavelli dedicated The Prince to the ruling Medici of the time, leading some today to still speculate whether the book was a satire. Niccolò Machiavelli asserted that The Prince (president, dictator, prime minister, etc.) does not have to be concerned with ethics, as long as their motivation is to protect the state. It is this questionable belief that in many ways had lead to the modern world as we know it. His assertion was that the head of state must protect the state no matter the cost and no matter what rules he or she breaks in the process.

Niccolò Machiavelli (1469-1527) was an Italian diplomat, politician, historian, philosopher, humanist, writer, playwright and poet of the Renaissance period. He has often been called the father of modern political science. For many years he was a senior official in the Florentine Republic, with responsibilities in diplomatic and military affairs. He also wrote comedies, carnival songs, and poetry. He wrote his most well-known work The Prince in 1513, having been exiled from city affairs. "Machiavellianism" is widely used as a negative term to characterize unscrupulous politicians of the sort Machiavelli described most famously in The Prince.